Home›Food›The Juicy Details on the History of Hamburgers

The Juicy Details on the History of Hamburgers 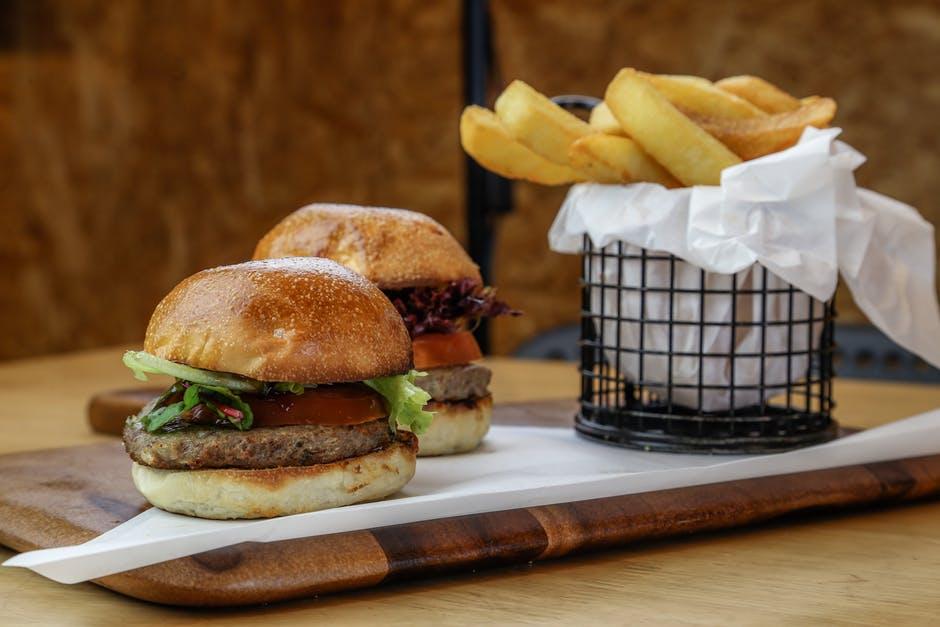 Did you know that people eat over 50 billion hamburgers each year in America alone? This number is much higher after you factor in the other countries that serve this dish.

Americans hold the award for creating the first hamburger we all know and love today. However, the inspiration for burgers stems all the way back to Ancient Rome. The story of how the hamburger has traveled and evolved over the centuries is one that you shouldn’t miss.

The history of hamburgers is rich, fascinating, and even strange at times. Keep reading this article to become an expert on hamburgers so you can appreciate them more whenever you indulge.

The origins of hamburgers aren’t crystal clear. Many historians have looked all the way back to Ancient Rome to find the first dish that could be the foundation of the modern hamburger.

Apparently, Ancient Romans used to prepare a meal with minced meat, pepper, pine nuts, and wine. This seems quite fancy for a civilization that didn’t have the same tools and ingredients we have now!

Many wouldn’t expect to hear that the next major player in hamburger history is Ghenghis Khan. Khan and his troops could’ve been the first people to form meat into patties during the 13th century. When Khan’s grandson invaded Russia, these patties got attention and Russian chefs began their own experiments as well.

In the 1700s, Germans from Hamburg boarded a ship to Moscow and fell in love with their meat patties. They took their knowledge home and started making what’s now called steak tartare. Steak tartare can be described as a raw hamburger patty that sometimes comes with a raw egg yolk on top.

The First Modern Hamburger Was Made in the Late 1800s

If the idea of eating raw meat freaks you out, then you’ll be happy to dive into the late 1800s. It’s important to know that the true inventor of hamburgers is unknown. Some historians believe that it’s possible that a few different chefs invented hamburgers independently within the same year or two before the dish took over the entire country.

One tale states that German immigrants started making hamburgers in the United States and that the name comes from Hamburg where steak tartare was so popular. While these patties were cooked, the major difference between then and now is that the patties were served alone without any bread.

Around 1885, there were a few chefs who tried to take credit for inventing hamburgers:

As you can see, there are tons of different people who claim to have invented the first hamburger. Unfortunately, there isn’t enough evidence to crown one champion. One thing that historians can agree on, though, is when the first fast food restaurant opened.

Have you ever wondered, “How did hamburgers become popular?” You can thank Billy Ingram and Walter Anderson from Wichita, Kansas because they’re the ones who founded White Castle in 1921. What started as one shop quickly turned into a handful throughout the area and then the country.

Thanks to the groundwork that White Castle laid out in the 20s, Americans got hooked on hamburgers in no time. This made it easy for McDonald’s and Burger King to skyrocket in popularity in the 40s, 50s, and beyond. Nowadays, you can’t seem to drive more than a mile without encountering any of these chains.

The Rise of Independent Restaurants

Since fast-food restaurants took over, it’d be difficult to find an independent restaurant in America that doesn’t serve hamburgers. Even places like Mexican restaurants serve hamburgers for picky eaters. If you’re a true burger lover, then you can have a blast traveling anywhere throughout the country to see how each restaurant puts its own spin on the beloved hamburger.

You should learn more about this restaurant that serves some of the finest pure Angus burgers for the state that has the most meat-eaters, Texas. If you’re feeling experimental, then you can sink your teeth into a doughnut burger created by Mulligan’s in Decatur, Georgia.

Making burgers out of different ingredients also became popular as more dietary needs started popping up. Turkey burgers are a common swap for people who want to reduce their red meat consumption. Veggie burgers were invented for people who wanted to savor the burger experience without eating any animals.

In recent years, products like the Beyond and Impossible burgers use pea protein to make vegan burgers that “bleed” and taste like the real deal. No matter where you go to eat a burger, each experience will be fun. Try to imagine what else we’ll come up with in another hundred years.

Now You Know the Unique History of Hamburgers

Who knew that such a simple dish could have a long and complicated origin story? The true history of hamburgers may never be known since we don’t have clear proof. It’s still incredible to think about how many centuries humans have been eating them.

Did this guide on the origins of hamburgers whet your appetite? The good news is that our website has plenty of other food and culinary articles that can satisfy you. Have a look at the rest of our blog so you can reach your full foodie potential.

Is Your Coffee Organic: A Guide About ...